The 5th Bo Herbert Memorial will be a race that will be remembered for a long time. A 3m Easterly swell and 15kt South Easterly wind combined with the cliffs and reefs of the Tutukaka coast made for very testing conditions.

The day proved to be a challenge for most.
The race started with 70 solo waka ama/surfski entries and 4 waka ama relay teams.
Congratulations to this year's winners, Womens W1 for the second year Nyree King, Mens Surfski for the third year Tim McLaren and this year's Mens W1 and Bo Herbert Memorial Trophy winner Steve Roulston. We also had 4 teams in the Relay and one entry in the Womens Surfski.
We would like to make a special mention to all the women that entered this year race, also a big thank you to our support boat crews that did an awesome job.
Lastly we would like to thank all the paddlers who took the time during the race to help other paddlers. It's an awesome feeling knowing that everyone is out there to look after each other.
Thank you all for being part of this year's race and although not all that entered were able to complete the course, it would be fair to say given the conditions lining up on the start line was a big enough achievement.
We would love to hear some of the many stories and if you have any feedback you could email us taidesigns@xtra.co.nz,
The race and some neat photos will be featured in the next Mana Magazine and the Northern Advocate also wrote a few articles leading up to and after the event with some photos of the beach finish at Matapouri

See you all next year!!

Thanks to our Sponsors:

(This story is archived no further comments can be added)
94,485 paddlers have looked at this page
Updated: Mar 14, 2013 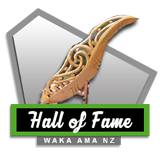